The history of Reid Temple AME Church is rooted in the passion of a few faithful and humble members who believed in prayer and were divinely inspired to stay bonded as a church while serving God through numerous challenging situations and pastoral leaders inspired by God. Reid’s church development and foundation started in an era fixed in Afro-American segregation and super humbling small beginnings.

In 1900, White congregants of the Bladensburg Methodist Episcopal Church, decided to move to a larger facility as the growth of their membership expanded. The Black congregants of the church could participate in church worship services by sitting in the balcony, which was a bold defiance of Maryland’s prevailing segregation laws.

God opened the door for those Black worshipers to pool together $500 and to purchase the old building from the White Methodist Episcopal Church. The freedom to praise God in a sanctuary owned by the Black congregants was a major feat in liberation theology during a time of legalized segregation in Maryland.

The church was named Dent Chapel AME to honor its first pastor, the Reverend Abraham Dent.  The newly named African Methodist Episcopal Church was located on Water Street, just north of Peace Cross in Bladensburg, Maryland.  Although the church was newly purchased, it was an older building.  The congregation struggled to obtain resources to maintain worship services, and Dent Chapel's greatest challenge was the constant rain and flooding in the Bladensburg area.  Nevertheless, prayer and faith by dedicated members help them bond together as a church.

There is so much more to know about Reid Temple AME Church's humble and remarkable history. Click the button below to learn more.

Learn More About Our Journey 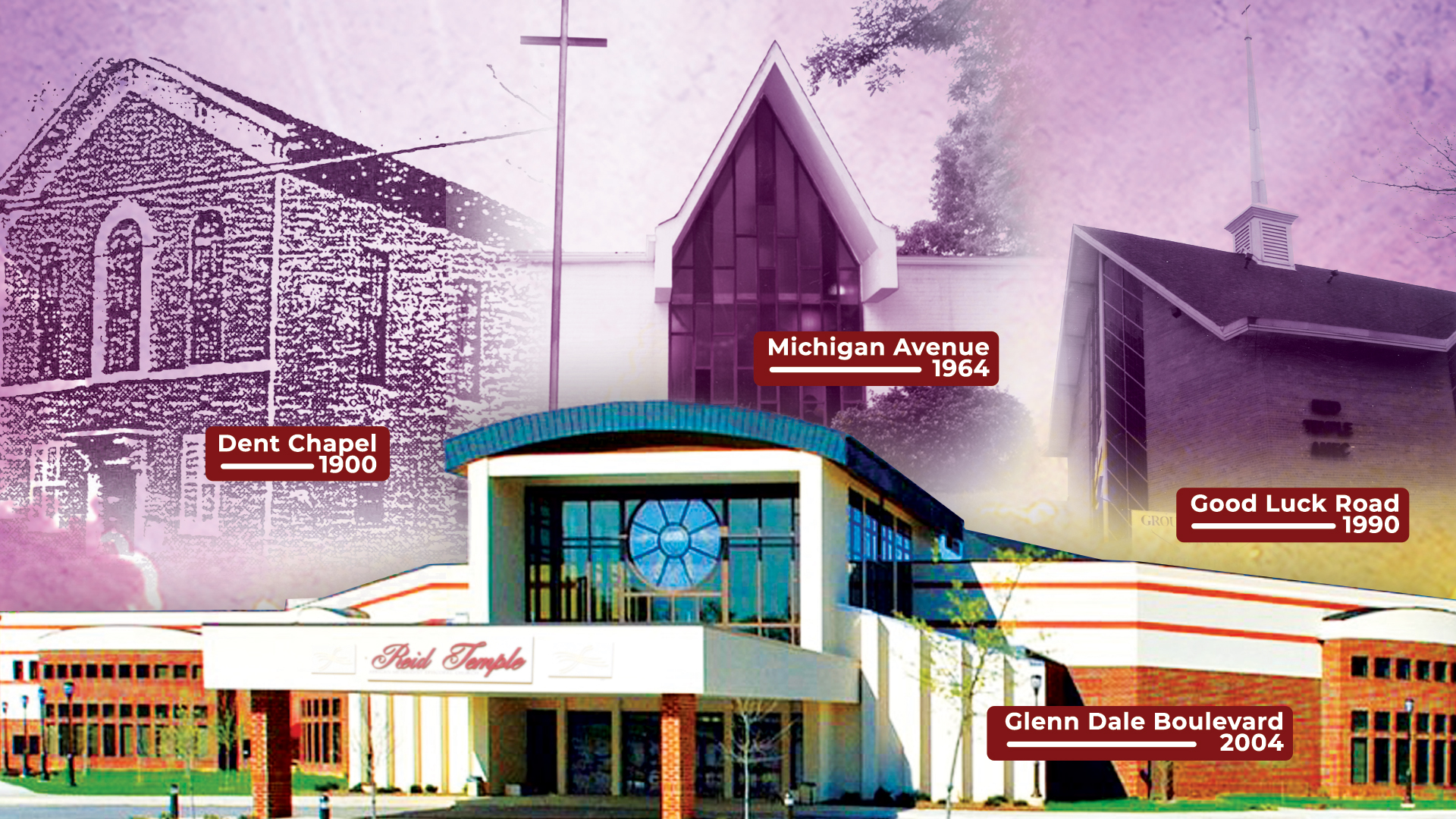